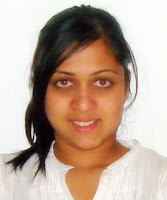 "He was not arrested but was abducted. One whole day our whole family did not know where he was taken," Apsara Fonseka, daughter of General Sarath Fonseka said in an interview with the Boston Lanka News that covered wide range of issues from the detention of General Fonseka to the accusation of Danuna Tilakaratne to the inner strength of Anoma Fonseka. Apsara Fonseka who lives in the United States also spoke freely about the bond between her father and her mother and about her loving relationship with her husband and how she is coping in a foreign land not having her husband and her father in detention. .

Responding to a question about the detention conditions of General Sarath Fonseka, Apsara said: "He does not get to see his personal doctor. He is in his 10X10 room 24 hours a day. He does not see the sunlight. As a person who is not convicted he has a right to stay outside under the sunlight at least for 4 hours every day. He is not given a chance to take x-rays. He has lots of shrapnel inside his body from the 3 suicide attempts on his life and those shrapnel are moving, so it's really vital that he does take x-rays . They don't bring the x ray machines to him or do not let him go to a hospital."

When asked about the accusations the retired army captain Upul Illangange who lives in Oklahoma came out against general Sarath Fonseka and Danuna Thilakarathne, Apsara responded by saying that "Its all because of money and he will do anything for money.

Responding to the comments made by Upul Illangange to the Sri Lankan media that he was the person who helped General Fonseka and his family getting the Green Card, Apsara went on explaining on how her mother won the green card lottery in 2003 and the reasons why General Fonseka initially opposed the idea of getting the Green Card in and how he changed his mind. Apsara went on saying that if Upul Illangange thinks that he is all power and all mighty and that He can get anybody green cards in USA he thinks very highly of him.

Talking about her husband Danuna, Apsara said that "on the day we believe that that he will be treated fairly he will come out." She went on further saying that the family cannot bear the thought of having two men in the family: one in detention and other missing.